HALIFAX, NS – June 27, 2016 – Spring Loaded Technology today announces the appointment of its Chief Operating Officer (COO), Dawn Umlah. As an emerging leader in consumer bionics, Spring Loaded Technology is growing its team to meet the demand for its highly anticipated Levitation™ Knee Brace launching later this year. As Spring Loaded Technology’s COO, Umlah will use her 15+ years of experience to help the company navigate its expansion and mature its manufacturing capabilities, ushering in a new chapter in its history. 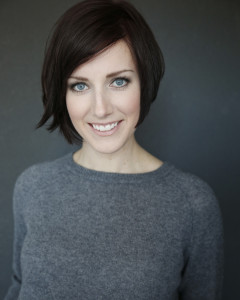 “We’re thrilled to bring Dawn on as Spring Loaded Technology’s COO. Her hands-on experience propelling companies through various growth transitions will be invaluable as we near the launch of our Levitation™ bionic knee brace in the consumer and medical markets this Fall,” said Chris Cowper-Smith, CEO at Spring Loaded Technology. “With a passion for getting meaningful technology into the hands of those who need it, Dawn is the perfect person to spread our mission of helping people move without pain, increase their performance, and prevent injury using innovative technologies.”

Umlah has held senior roles in venture capital, finance, operations, strategic planning and corporate development, and has been involved in corporate development transactions and fundraising activities aggregating more than $365 million in value. She played an integral role in propelling DHX Media from formation to IPO in just two years, followed by four years of growth-by-acquisition strategy and application. Most recently, served as the Entrepreneur in Residence for Innovacorp, where she worked with several start-up companies to provide strategic operational guidance. Additionally, she has served as a board member for ten early-stage technology companies.

With Umlah on board, Spring Loaded Technology continues to prepare for the full launch of its Levitation™ Knee Brace. Unlike other braces on the market, the Levitation™ Knee Brace improves strength, mobility and endurance for people with and without preexisting knee issues by storing energy as the leg is bent and returning that energy as the leg is straightened. Currently available for pre-order on the Spring Loaded Technology website ($2,380 CAD), it will begin shipping to consumers September 2016.

About Spring Loaded Technology:
Spring Loaded Technology is an award-winning company based in Halifax, Nova Scotia, which designed an entirely new knee bracing technology to enhance the strength and power of the leg muscles. By increasing leg strength, their technology can be used in a wide range of applications including: mobility assistance, fatigue reduction, injury prevention, injury rehabilitation, and performance enhancement.