Home › Blog › Athletics › Basketball for Life: What a Spring Loaded Knee Brace Could Mean for my Dad

Basketball for Life: What a Spring Loaded Knee Brace Could Mean for my Dad 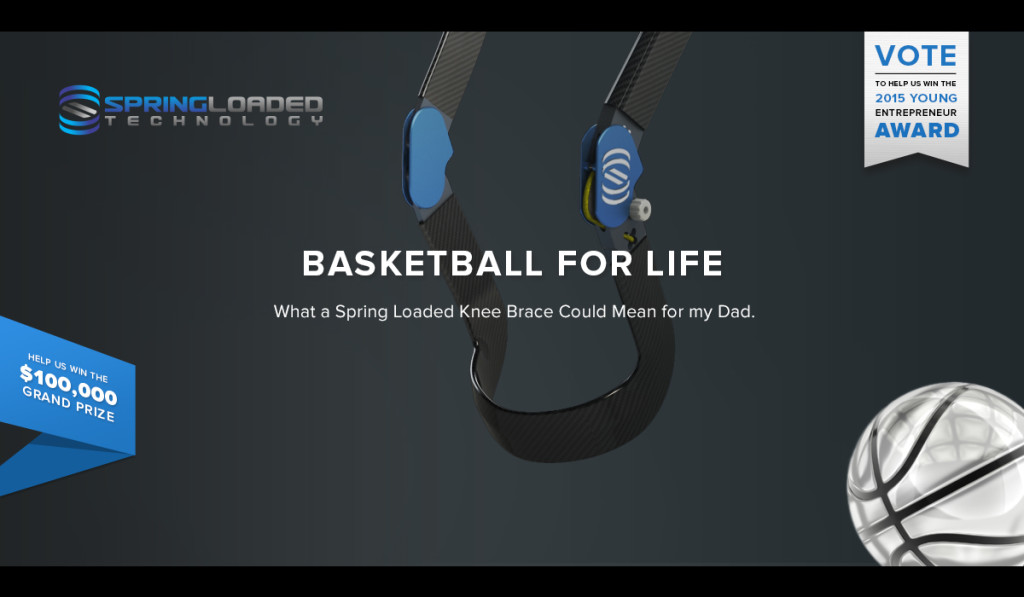 I fell in love with basketball before I could walk; it has been a part of my family and my life since day one. From the driveway to Madison Square Garden in New York, MacKenzies have played ball at a variety of levels.  My earliest memories revolve completely around playing basketball in the backroom with my father, brother and my sister.  Being 5 years younger than my brother and sister I had difficulty keeping up, especially in the early years, but basketball quickly became the strongest bond in our family.

As we’ve gotten older and our lives have gotten busier, we haven’t been able to play together as much, but when we do it is always competitive and fun. Unfortunately, playing doesn’t come without a cost anymore. My father has had multiple knee surgeries and for days after we play his knees cause tremendous pain.  He is now at the point where he should not play and I fear I will never get the chance to run up and down the basketball court with him again.

If I couldn’t play with my siblings I was watching and cheering from the sideline, as they did for me.  My father coached my brother and sister for years; he was also my coach for 11 of the 15 seasons I played. Even when he wasn’t my coach, he made it to every game, and drove me to and from each practice- he was never late.  My mother also made it to every game even though basketball had never previously been a part of her life.  She would cheer for both teams and the first to worry when someone fell.  She even picked up a basketball and played for her first time in her 40s.

I hope that at the end of my time at Spring Loaded Technology, I will be able to provide my father (and people like him) with the means to play the sports he loves once again. Not only do I wish to play with my father again, but I want my father to play ball with my young nephew and my future children.  I wake up early every day, I work hard while striving to be the best engineer I can be, so that one day three generations of MacKenzies can play basketball and grow as a family together.  All of us, young and old, together.

Joel Mackenzie is a Production Manager in Manufacturing at Spring Loaded Technology. He joined Spring Loaded in 2015 and has since become an integral piece of our development team. A jock on paper but a nerd at heart, Joel spends much of his free time playing basketball, football and rugby.